Land of Ice and Fire

Land on Ice and Fire

24 Teignmouth Probus Club members were entertained by Sue & Ivan Godfrey, retired teachers with a globe-trotting bucket list of countries to visit in their retirement who treated us to a talk of their adventures on their ‘round the island’ Icelandic trip. A slide show was also intended but for some unexplained reason the computer failed.

Iceland proved to be a very interesting place to visit being a relatively new volcanic outcrop from tectonic plates of the Mid-Atlantic Ridge causing regular volcanic eruptions to form the landmass from basaltic lava. This land was uninhabited until colonised by Viking visitors in the 9th century. The Icelandic language today is very similar to the Norse equivalent of our Old English of Chaucer’s day. Most of the 300,000 odd inhabitants (75%) are centred around the capital Reykjavík, the remainder of the country is very wild and sparsely populated.

As the country is near the arctic circle, in June there is nearly no night-time. The soil is black and nitrogen rich but very few trees. Much of the timbered buildings come from imported timber a lot of it are logs floating in ‘on the tide’ from Russian logging activities. The Gulf Stream reaches the south-west coastline where the vegetation is lusher. The wildlife of Atlantic puffins, skuas, gannets and whales are abundant. There are no native reptiles or amphibians on the island. There are stark contrasts between the 3rd largest ice-cap, glaciers and ice-melt rivers to natural volcanic heated pools at 40°C , active volcanos and gushing geysers such as the famous Strokkur Geyser which erupts every 8 to 10 minutes. The Icelanders are a law-abiding people with only 60 or so prison inmates. The Photograph shows Strokkur Geyser.

A fascinating country and well worth a visit.

The vote of thanks by Malcolm Adams. 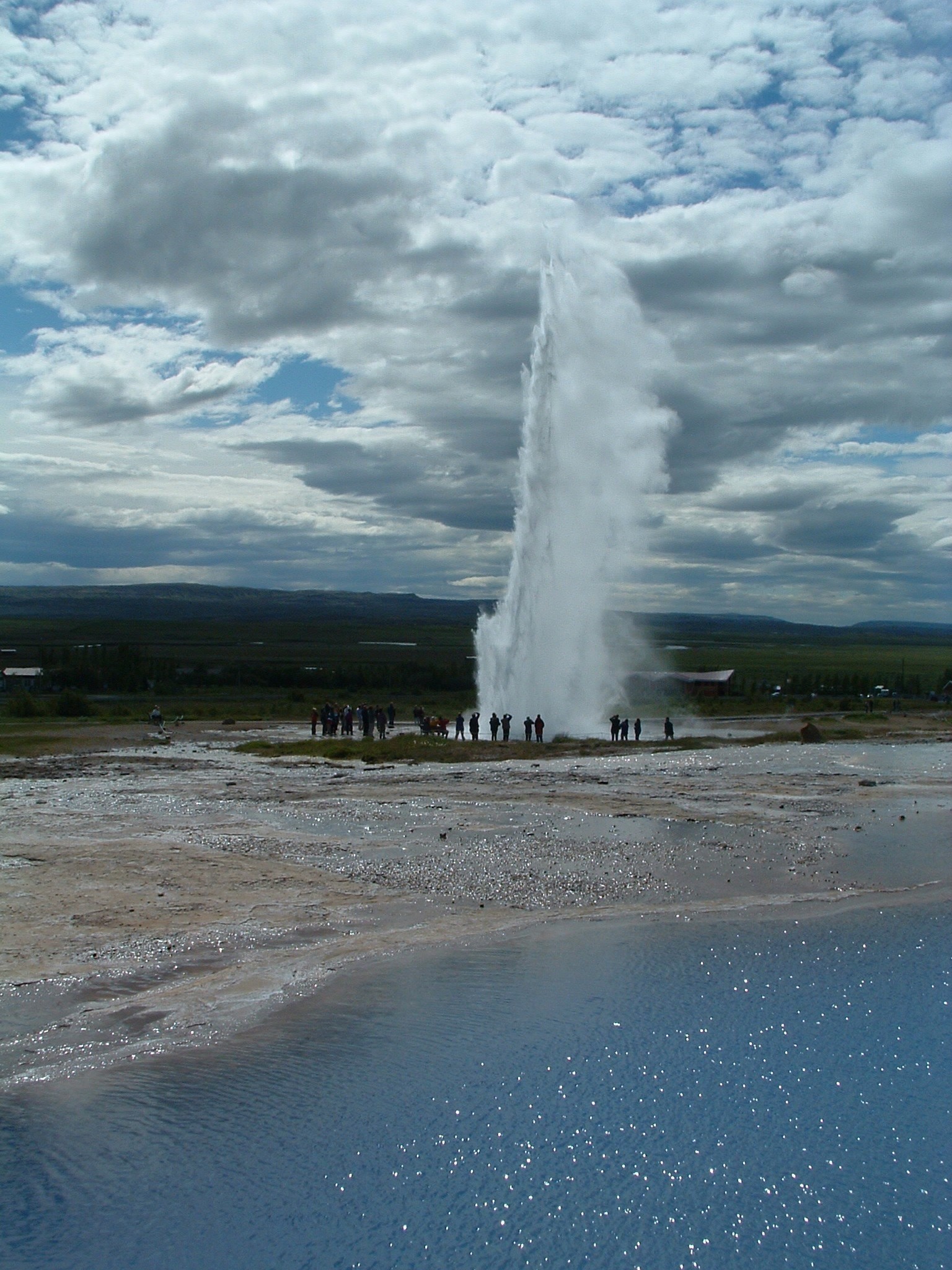