The AGM held in January was well attended to invest our new 2022 Chairman Malcolm Adams.

Malcolm is a retired master craftsman - a cartwright and wheelwright, who had workshops in Teign Street Teignmouth. Examples of his work can be seen at the Heritage Museum in Teignmouth. He was also a session musician with his brothers’ band 'Three of a Kind’ with bass & string guitar backing for the likes of Marty Wilde and Gerry and the Pacemakers – happy days!

There was a special presentation of a life members badge to Harry Sullivan celebrating his 90th Birthday.

Later in the years, our Speaker Finder Peter Lewis hands over the reins to Terry Jackson. Peter was specially thanked for providing us with such varied and interesting speakers during his tenure.

New to committee is John Pearce.

There was a proposition discussed for the club to be non-gender specific. It was decided to ballot all members at a later meeting so all members could express their preference.

Our first speaker of the year is by Mr Ashley Jones on “Fraud Prevention”. 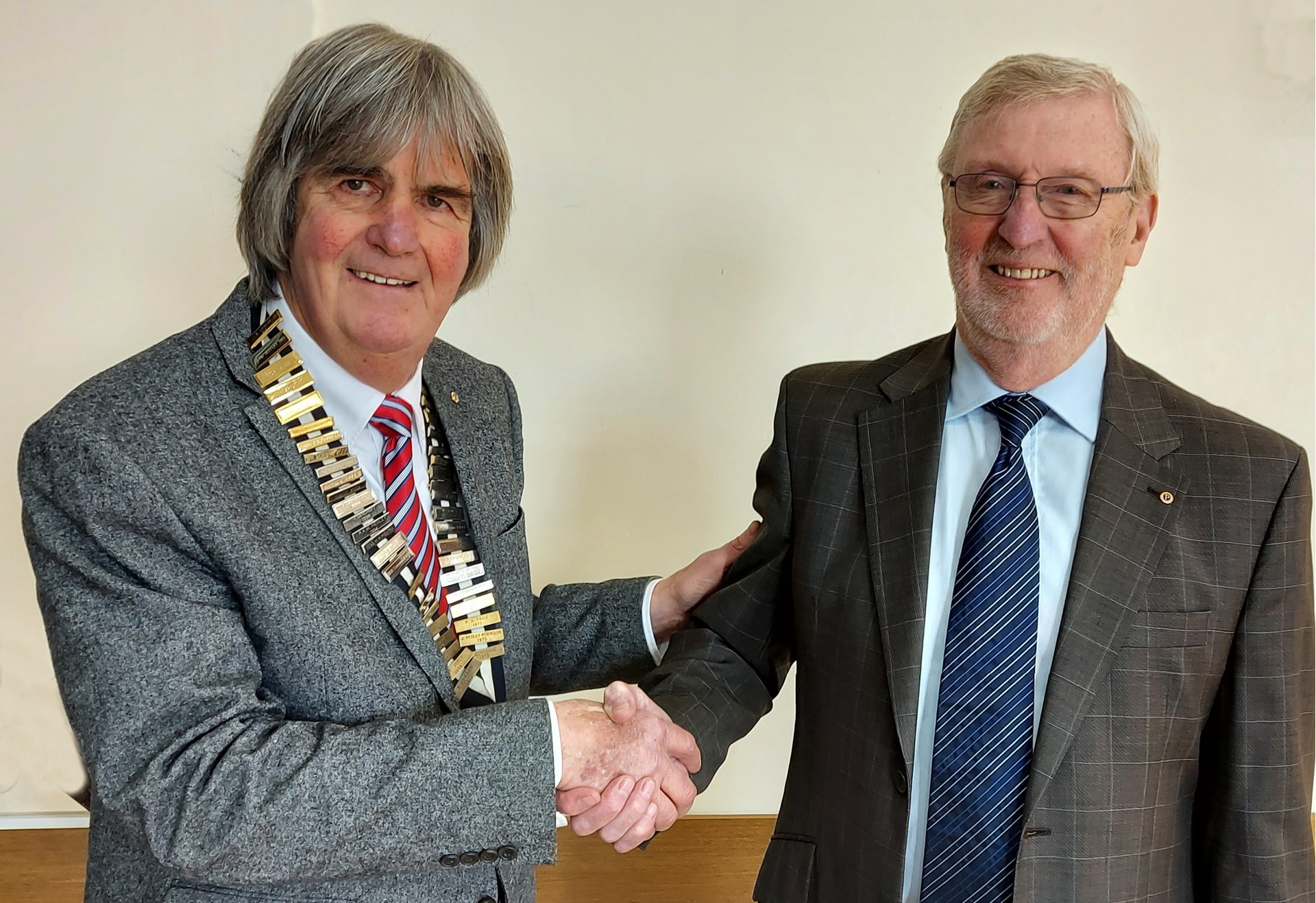