What happened to the RAF Fighter TSR2?

Teignmouth’s Probus Club speaker, Brian Portch presented a power point illustrated talk by Zoom to 21 members and guests about the development and failure of the TSR2 light bomber intended to replace the English Electric Canberra in the late ‘50’s. Brian was well placed as his job at the time was with British Aerospace in Financial Project Management, a former Rolls Royce apprentice and Chartered Accountant. He is also a member of Budleigh Salterton Royal Aeronautical Society.

The saga commenced in 1957 with the Government wanting to replace the E-E Canberra bomber with a ‘state of the art’ light bomber and drew up a specification. It became politically motivated with the desire to consolidate the aero industry making mergers conditional for any contract placement. The merging of 9 companies –Vickers, English Electric and another 7 companies caused disruption with restructuring and job losses with insufficient time for the benefits of synergy to kick in. The aero engine companies did not escape this process either.

January 1959 saw the ‘go ahead’ from Government. Also in 1959, the RAF and Navy sought updated specifications to include the latest technological advancements in digital avionics, materials and the like, to fly faster and lower. The Government also charged all the R&D costs to TSR2 rather than sharing with other projects to benefit from this development work. Projected costs escalated £2.6M per aircraft.

During this time, Duncan Sands white paper favoured missiles to manned aircraft and the RAF an Royal Navy had different ideas on the way forward. It quickly became development ‘by committee’ with the Government as paymasters calling the shots rather than the avionic experts.

The TSR2 prototype was ready for its test flight in September 1964. There were serious problems - it was very noisy, serious vibration, Government choice of engines problems, undercarriage difficulties and cost spiralling out of hand. Short tenure of office, particularly Ministers and Industry leaders saw little joined up continuity with inadequate project management. Sadly these internal shortcoming were not addressed until ‘too late’. Previously anticipated overseas orders, particularly Australia failed to materialise.

James Callaghan’s 1965 budget announced the cancellation of the TSR2 project leading to 5000 lost skilled jobs plus host of ancillary subcontractors with only 2 aviation companies surviving. BAC eventually received £13.25M compensation. The 1966 Public Accounts Report identified that ‘everyone was at fault’. The F111 option was also cancelled as becoming too costly. Back to the drawing board with some very hard and costly lessons learned!

The vote of thanks by Steve Battersby. 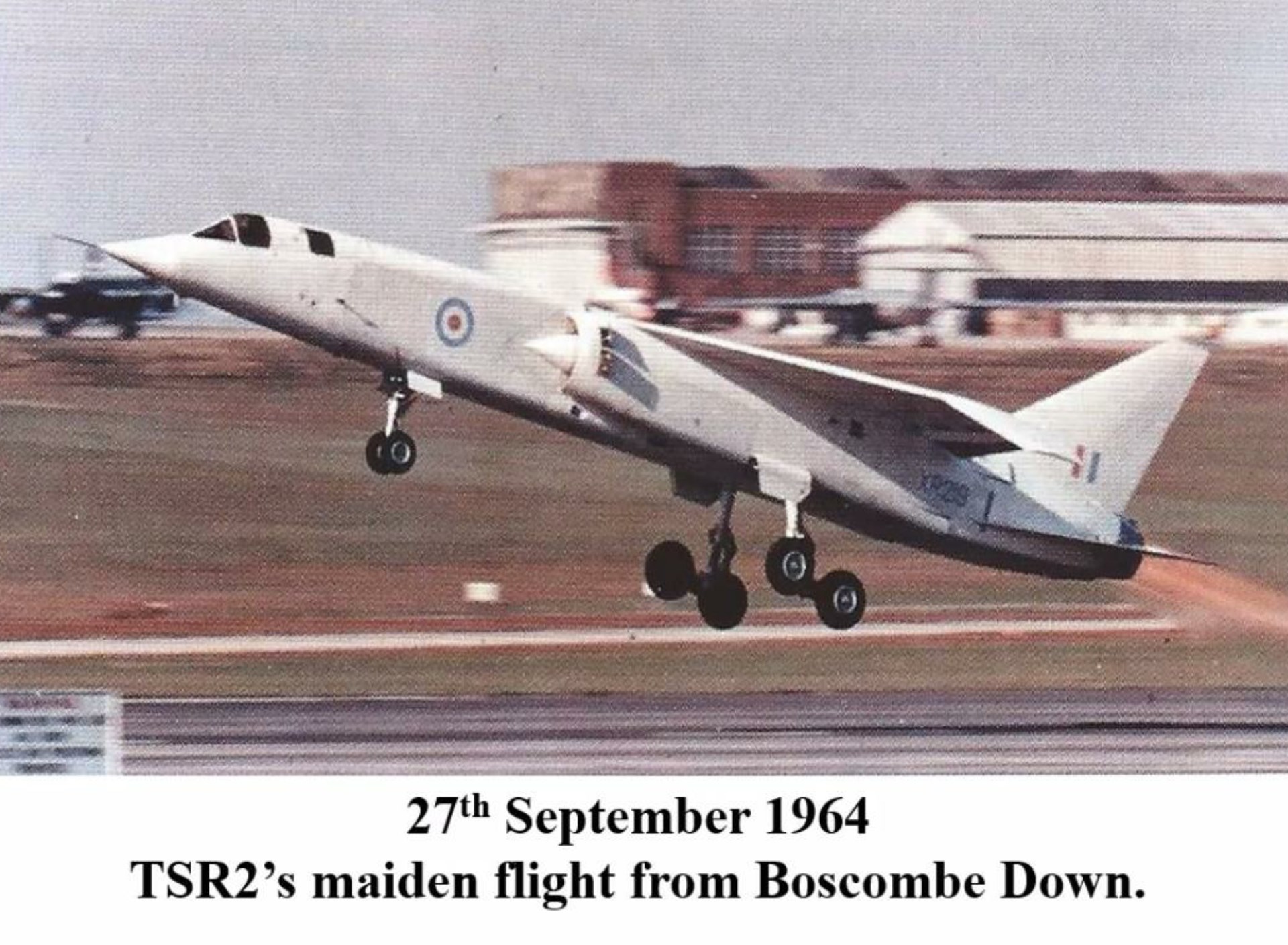