Peru, a wondrous mysterious southern hemisphere mountainous country, sits on a Pacific Ocean geological tectonic trench pushing up the Andes mountain range running down its backbone and very much prone to earth movements. Peru is one of the 5 ‘cradles of civilisation’ with settlements recorded as long ago as 12,500 BCE. There are remains of substantial structures of towns and cities many hidden because of tropical re-forestation that go back millennia only recently discovered by modern science and aerial survey. How some ancient buildings were constructed remain unsolved with huge stone blocks dressed to make a close fit and mortarless allowing a structure to shake and remain whole and undamaged by earth tremors. There are also substantial structures built of sundried bricks predating the famous Inca civilization. The Spanish conquistadors reused Inca stonework and bricks to build cathedrals in the 16th Century.

Twenty different languages are spoken in a wide mixture of cultures but there remains a strong Spanish influence.

Teignmouth Probus club’s speaker, Colin Vosper entertained members to an extensive slide show aided by Zoom of an extended visit he undertook. As with all civilizations, water and food production  were essential, yet many of the townships were built in the most remote inaccessible mountain ranges reachable only on foot.

An interesting speciality, the ‘locals’ drank coca tea which helped cope with the altitude, definitely not to be brought home as a souvenir.

The post talk questions evidenced a desire to visit Peru with the vote of thanks by Malcolm Adams.

If any retired male readers in Teignmouth would like to know more about us, please visit our website: 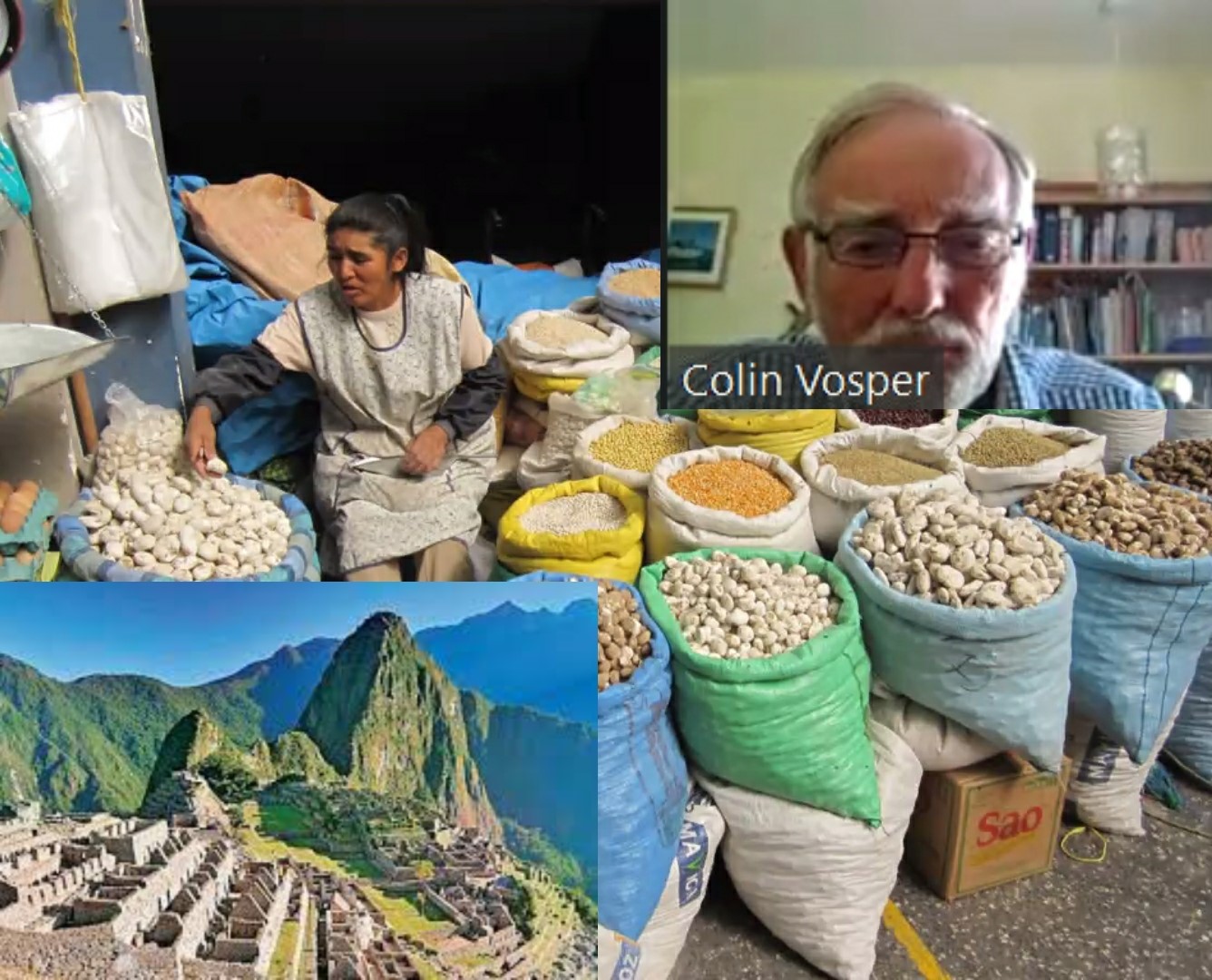