The idea of a canal linking the Mediterranean with the Red Sea is attributed to Napoleon Bonaparte in 1798 which came to fruition with construction commencing in 1859 and completed in 1869 with substantial equity provided by France and Britain. In 1875 Great Britain bought the Egyptian shareholding which was taken as a symbol of Imperialism leading to the defeat of the Egyptian Army in 1882 to secure the Canal led by General Wolseley. This was the last time the British army wore battle red uniform.

In 1914, Egypt was declared a Protectorate then granted independence in 1922. The Treaty of Alliance of 1936 granted 20 years rights to the Canal but only 10 years later Egypt demanded that the 100,000 garrison was removed which was denied because of most of our oil and that of Europe used the Canal. In 1951 Egypt declares the 1936 Treaty void leading to terrorist attacks on occupying troops.

Again because of the international importance of this shipping route in 1955, Britain under leadership of Sir Anthony Eden, President Eisenhower US President, Guy Mollet of France, Ben Gurion for Israel brokered a new treaty with President Nasser of Egypt. President Nasser asked the US and GB to finance a New Higher Dam above Aswan but when Egypt played off the allies by asking Russia to finance it, the West withdrew. President Nasser’s declared the nationalisation of the Canal and ships were scuttled to block the canal. After hurried secret undocumented meetings with France the 1956 Sevres Convention led to military forces being deployed to re-occupy and take control of the Canal. This was the first time helicopters were used in anger.

America and the United Nations were not supportive leading to the 1957 cease fire under the protection of a UN peacekeeping force and the re-opening of the Canal. The UN leaving some 10 years later.

The humiliation of this failed campaign was attributed to the disapproval of America, no end objective to a rushed poorly prepared invasion, the deception of the British Parliament and Eden flouting UN resolutions. Not a glorious period in our national history.

Teignmouth Probus club’s June speaker, Brian Portch sparked several questions with audience reminiscences of personal involvements, the hardships felt at home particularly petrol rationing with coupons. The vote of thanks was given by Secretary John Polley.

Our next speaker is Neil Howell whose subject is “Teignmouth Cemetery, Those Who Dwell Therein”. 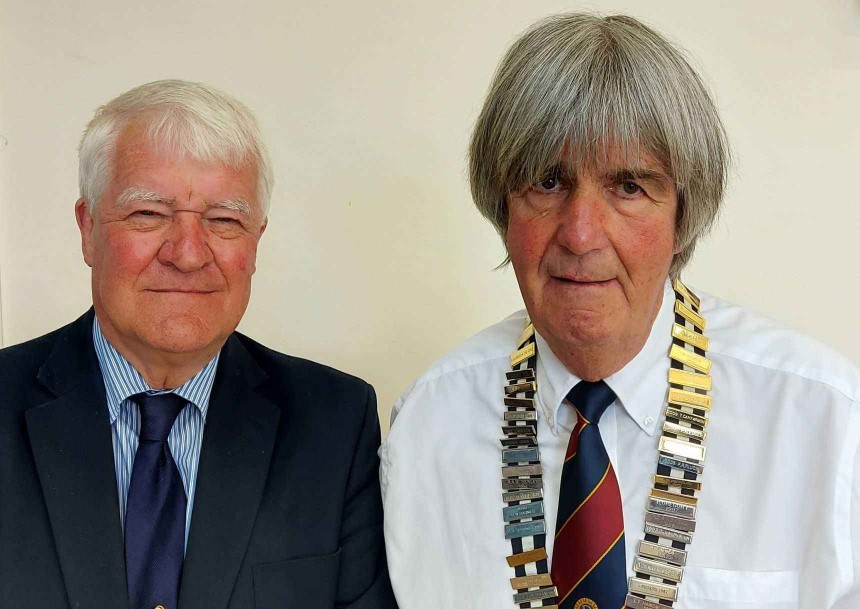