During WWII Torquay received a lot of derogatory press coverage by the London tabloids claiming the town was a Funk Hole harbouring city escapees to quiet safe areas. The word  means ‘a dugout as a place of safety’ but was used to mean it was a bolthole for shirkers who didn’t support the war effort, particularly the better off who could afford to stay in hotels as war permanent guests.

David Scott a former News Editor and local history author told Teignmouth Mens Probus Club that Torquay that the reports of the day were quite distorted and untrue and the press could never get away with such comments today and cited many examples of ‘pulling its weight’ and that Torquay suffered bombing by the Luftwaffe  too particularly the Palace Hotel (an RAF pilot convalescent home), Munitions works and war plane airframe factory. The local press particularly the WMN, pounced on the theme to smash the myth and debunk London’s falsehoods.  Torquay Museum hold many wartime archives to prove its worth in the war effort.

Member Steve Battersby thanked the speaker for his fascinating talk. 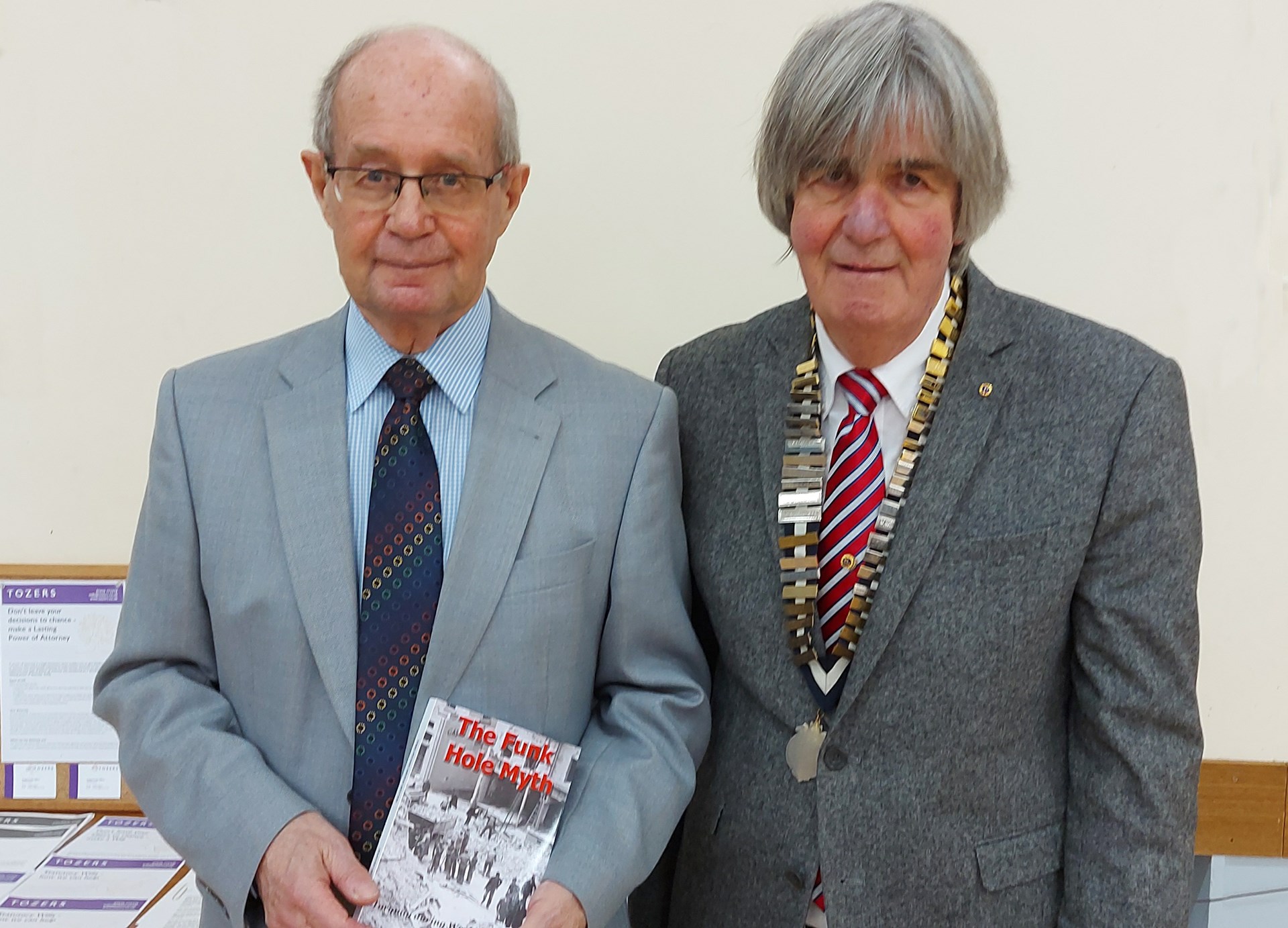