From Drones to Druids

Andrew Thompson, an Archaeologist and Heritage Consultant, presented Teignmouth Men's Probus Club with a snapshot of the work archaeologists were doing on Dartmoor over the past 200 years. This was expanded with reflections about present thinking relating to past events given the new technologies now available – carbon dating, DNA, geophysics, magnetometers and yes, aerial scanning now easily accessible with drones.

Exploring Dartmoor’s heritage came late compared to say Avebury Stone Circles & Stonehenge. Work started in earnest in the late 1700’s  and early Victorians particularly William Stukeley and Tavistock’s Reverend & Mrs Bray, who saw prehistoric monuments as the sites of the Druids. The Dartmoor Exploration Committee & Restoration Societies were formed at that time but much of what we see today is the reconstructions of fallen stones as was perceived at that time. Sequencing was very much religious based and Darwin’s work broke the concepts of The Book of Genesis and the start of creation just 4000 years past. A much better understanding is now possible.

Because of its isolation, Dartmoor is rich in archaeological landscapes of prehistoric stone rows, round houses, earthworks and reaves demarking enclosures, pastures and ‘ownership’ revealed by Andrew Flemming’s work on connecting individual discoveries to a much larger picture as connected landscapes.

For more go to https://www.dartmoor.gov.uk/enjoy-dartmoor/places/top-ten-archaeological-sites

Member Keith Underhill thanked the speaker for his fascinating slideshow and an introduction to archaeology.

Our next speaker is David Scott on “The Funk Hole Myth” 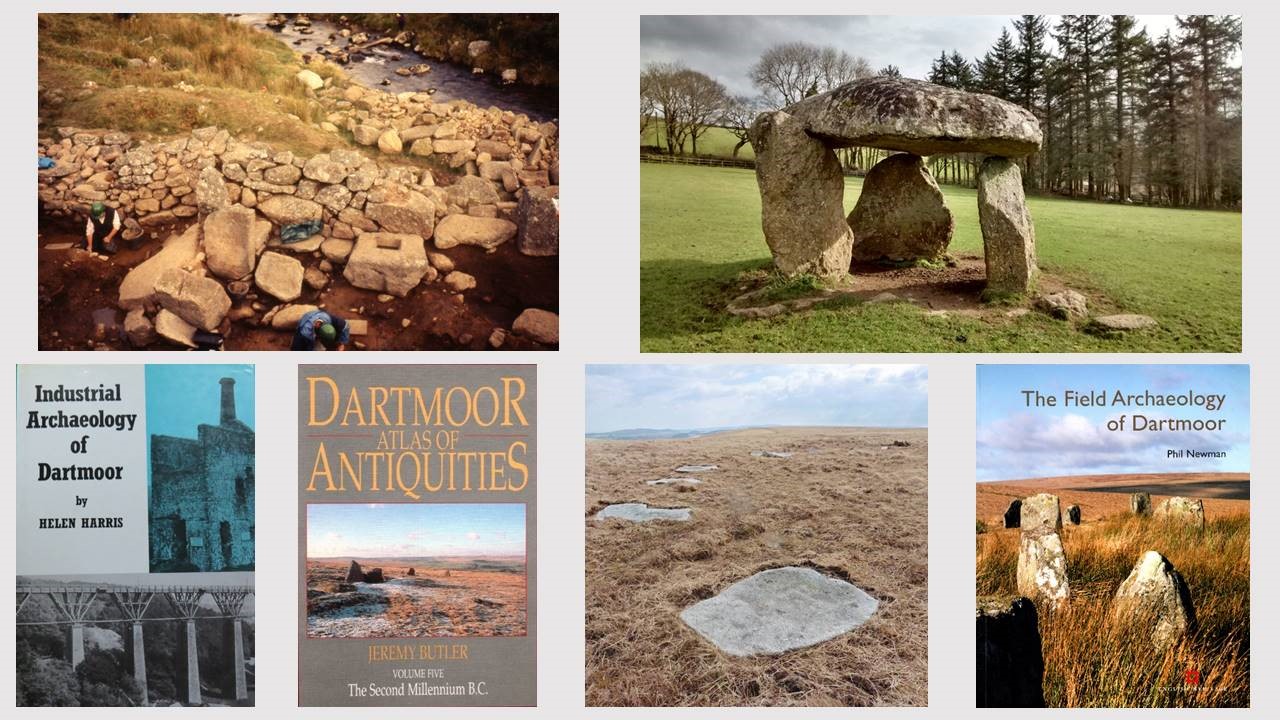