Teignmouth Probus Club speakers with a difference, Ian & Caroline Lycett-King arrived with arms full of weeds just gathered from the hedgerows and verges within 50 yards of clubs meeting place, Richard Newton Hall, Higher Buckeridge Road Teignmouth. The Lycett-Kings are Living History specialists performing re-enactments (like English Civil War) and for the subject of our talk, in costume as a medieval apothecaries. The magic was the variety of health giving plants right on our doorstep, used by our forbears as ‘folk medicines’ but now largely forgotten.

‘Guess the weed’ added interest starting with Yarrow, a ‘lost’ herb not dissimilar to Thyme and Tarragon, of delicate flavour. In ancient times used for its healing properties to staunch bleeding, especially battle wounds.

The Dandelion is truly magical as salad food, rich in vitamins and essential minerals particularly vitamins A,B,C,E,& K and foliates, calcium, magnesium and potassium plus antioxidants, beta carotene and polyphenols. Medicinally, tea made from the leaves produces an effective diuretic, prescribed for passing ‘stones’ recorded in Samuel Pepys diaries. The Dock is also a fantastic weed, rubbing a leaf on nettle stings gives instant relief and has anti-inflammatory properties particularly for arthritis, cuts and bruises and skin when used as a salve.

The humble Nettle introduced by the Romans, its sting was used for relief of arthritis, string, rope and cloth made from its stem fibres and the leaves used to make dye and as food with nettle soup. Daisy water, the leaves made as a tea when cooled is an effective antiseptic formerly used as an eye wash.

Chickweed or groundsel was an effective emetic used to get rid of bad food, the influx or food poisoning. In medieval times through to the late 18th C, having tooth ache was a serious health problem. Hardened sap from the Ivy plant was used as a cavity filling. Because bacteria was trapped in the tooth, it abscessed making extraction that much easier and less likely to fracture the jawbone.

The plethora of members’ questions went into overtime showing the interest stimulated by the subject.

More information can be seen at https://www.lycett-king.co.uk/lhes.html

Our next speaker is Roger Hamilton whose subject is “21st October 1854”. 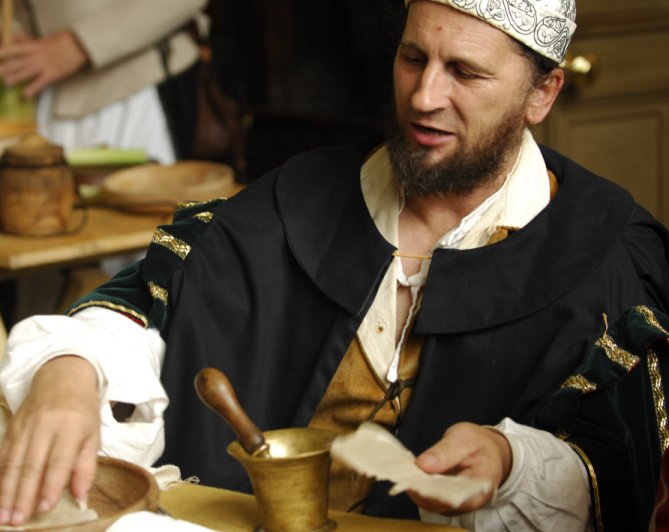